Boko Haram Is Suffering From Internal Fracture, Says US General 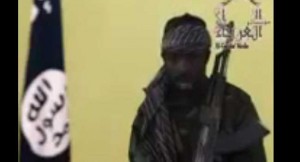 A senior US army general on Tuesday said Boko Haram have fractured internally, with a big group splitting from shadowy leader, Abubakar Shekau.

The split, according to the general, is because of Shekau’s failure to adhere to guidance from the Iraq- and Syria-based Islamic State.

Marine Lieutenant General Thomas Waldhauser, the nominee to lead the U.S. military’s Africa Command, suggested the internal division was illustrative of limits of Islamic State’s influence over Boko Haram so far, despite the West African group’s pledge of allegiance to it last year.

“Several months ago, about half of Boko Haram broke off to a separate group because they were not happy with the amount of buy-in, if you will, from Boko Haram into the ISIL brand,” Waldhauser said at his nomination hearing before the Senate Armed Services Committee.

Shekau, he said, had not fallen into line with Islamic State’s instructions, including by ignoring calls for Boko Haram to stop using children as suicide bombers.

“He’s been told by ISIL to stop doing that. But he has not done so. And that’s one of the reasons why this splinter group has broken off,” he said, adding Islamic State was trying to “reconcile those two groups.”

Reuters reported on June 9 that U.S. officials had seen no evidence that Boko Haram has so far received significant operational support or financing from Islamic State. The assessment suggested Boko Haram’s loyalty pledge had so far mostly been a branding exercise.

Waldhauser acknowledged differing opinions about how much influence Islamic State has actually had so far over Boko Haram, which won global infamy for its 2014 kidnapping of 276 school girls.

“They certainly have not given them a lot of financial assistance. So the point being is that perhaps improvement in tradecraft, in training and the like,” he said.

Waldauser noted Shekau’s local focus and voiced concern about whether a splinter group might act more in concert with Islamic State’s transregional ambitions.

“What concerns me is the breakoff group of Boko Haram who wants to be more ISIL-like, and consequently buy into the ISIL-brand of attacking Western interests,” he said.