It comes amid rising tensions between the southern African nation’s military and the country’s ruling Zanu-PF party, headed by President Robert Mugabe – the only leader Zimbabwe has known in 37 years of independence.

The president plunged the country into political crisis by sacking his vice president Emerson Mnangagwa, 75, last week. The long-serving veteran of Zimbabwe’s 1970s liberation wars, had been viewed as a likely successor to Mr Mugabe before the president fired him.

But his downfall appeared to pave the way for his wife Grace to succeed her 93-year-old husband.

But earlier this week, Zimbabwe’s top general warned that the military would not hesitate to step in to end purges against former liberation war fighters including Mr Mnangagwa, who is known as the “crocodile” because of his perceived shrewdness.

“We must remind those behind the current treacherous shenanigans that, when it comes to matters of protecting our revolution, the military will not hesitate to step in,” said General Constantino Chiwenga in a statement.

“The current purging … targeting members of the party with a liberation background must stop forthwith”.

The commander of Zimbabwe Defence Forces and political ally of Mr Mnangagwa, added that the Zanu-PF had been hijacked by people who did not fight in the 1970s liberation war, which some commentators read as a criticism of Ms Mugabe, a vocal critic of the former vice president.

In response, the party’s Youth League accused the military chief of subverting the constitution.

“We will not fold out hands to allow a creature of the constitution to subvert the very constitution which establishes it,” said Kudzai Chipanga.

“Defending the revolution and our leader and president is an ideal we live for and if need be it is a principle we are prepared to die for,” he added.

The rising political tension in comes at a time when it is struggling to pay for imports due to a dollar crunch, which has also caused acute cash shortages. 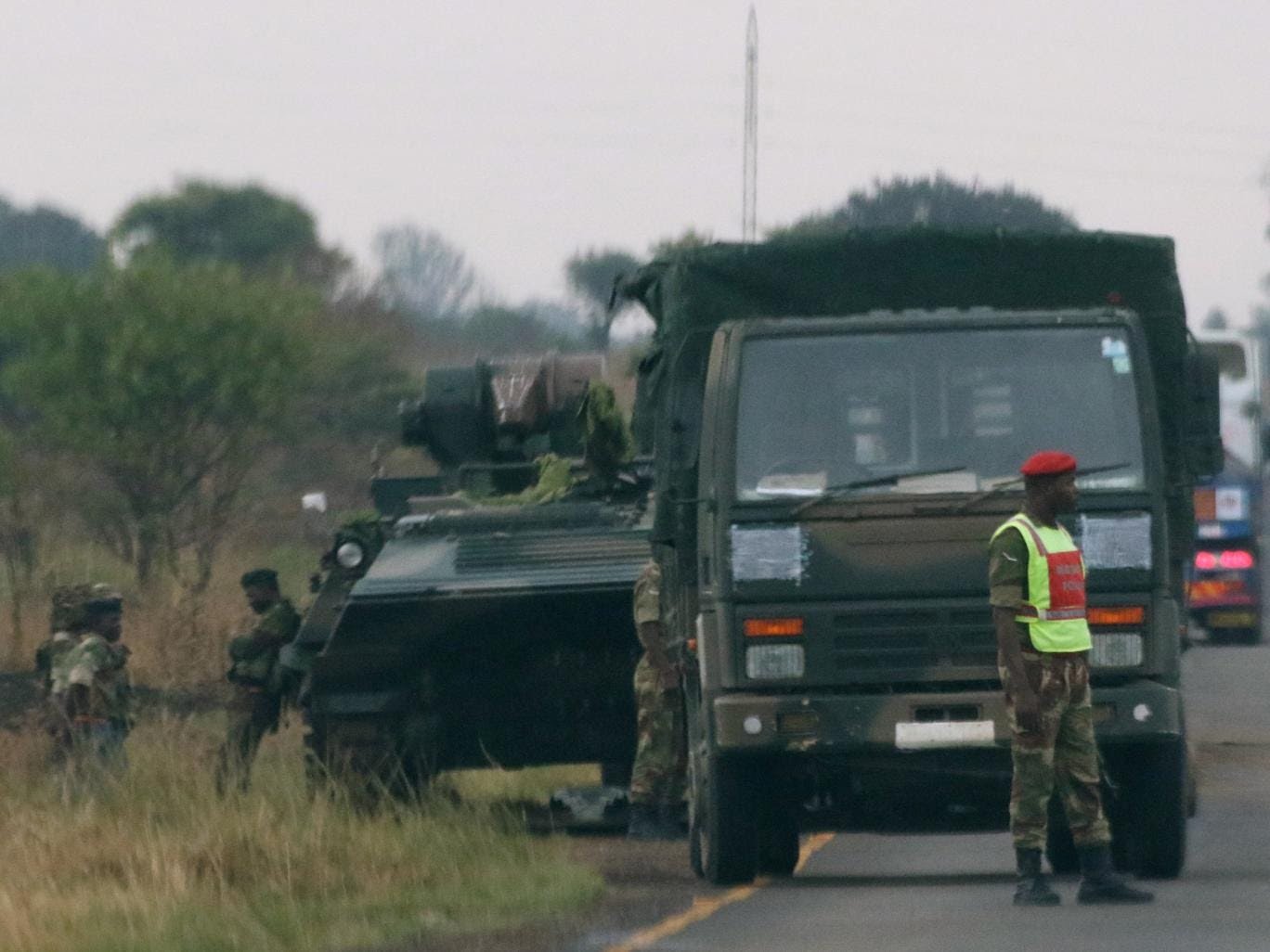 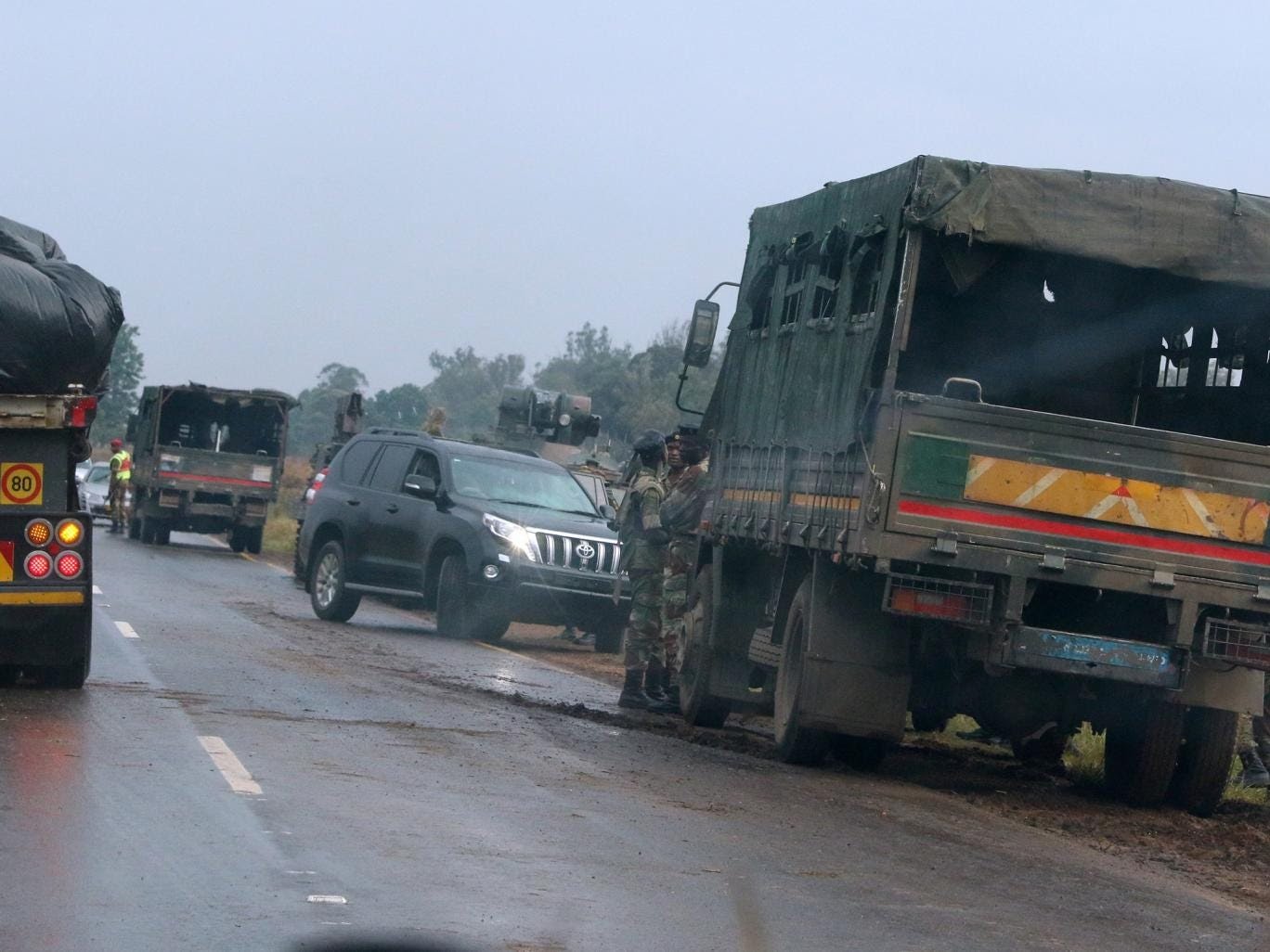 The Herald newspaper, which had initially posted some of his comments on its official Twitter page, deleted the posts without explanation.

While Mr Mugabe’s rule has been anchored by support from the military, the ageing leader does not tolerate public challenges.

But it is thought that he go into next year’s elections with its support. War veterans broke ranks with him in 2016 and have vowed to form a broad front with the opposition to challenge his long rule.

Cameroon -Muyengue Gendarmerie raids: Act of primitive criminal intimidation and provocation that must not go unchallenged

Cardinal Tumi accuses France of the ‘Anglophone crisis in Cameroon

Cameroon -Muyengue Gendarmerie raids: Act of primitive criminal intimidation and provocation that must not go unchallenged

BREAKING NEWS!!!:AU DECLARES SOUTHERN CAMEROONS HAS THE RIGHT TO SELF DETERMINATION AS ENSHRINED IN THE AFRICAN CHARTER

PRESIDENT BIYA DECLARES STATE OF EMERGENCY IN THROUGHOUT ANGLOPHONE CAMEROON

Cameroon-Scandal!!:Budgetary allocation for the Ministry of Agriculture spent on Biya family’s private plantations